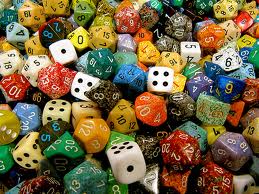 Welcome to my dungeon gamers! Many of you may know me from various OSR forums as DizzySaxophone, or just on google+. I'm interested in nearly any game, but my playing and Refereeing usually come to old school D&D. I think I may have some uncommon perspectives on some of the OSR (or I could just be full of it, who knows!).

Myself, I started gaming with D&D 3.5 back in 2007. I was a senior in high school, spring break just started, we went to a game store that one of my best friends, army recruiter's wife owned. He was looking to buy Axis & Allies, but decided it was too expensive for him. I was one of the few with a job back then (working at a musical instrument repair shop), and saw the basic box for D&D. I picked it up as a curiosity and read over the books that night as we planned to try it out the next day. We got hooked. After playing through that, I immediately went out and bought the PHB, DMG, and MM for 3.5 and scoured the rulebooks. It was truly the blind reading the blind (as I didn't know what I was doing either, but at least I had owned and read the books). The store owner, and people playing in store were happy to answer questions and show us the ropes. We played every night during spring break and then weekly until we all split up for college. A few friends went to Baylor with me, so we continued our gaming for a year. We eventually fell out of it until I found a game store there in Waco. I went in and found they had the core books for AD&D 1e. They were in pretty shoddy condition, but these books felt like magical tomes. Clearly well loved by their previous owners, as they were worn out. I found the Roll for Initiative podcast just a day or so later (which was only on episode 7 around that time I believe) and immediately started soaking in all the information DMs Vince and Jayson (and Nick eventually in those early days too!) shared. Feeling inspired, I joined their forums (before osrgaming.org, where you may know me as a lead moderator at) was built. I was invited to play my first AD&D game by Dramaman who helped showed me the ropes. After a few sessions, I grabbed my friends from high school who were at Baylor with me, my girlfriend at the time, one of my other friends at a nearby university and pulled together a gaming group. We were immediately enticed by how the lighter rules worked, how we didn't need maps and miniatures, and how much easier it is to play when only the DM actually owns the rulebooks. Rulings make this game so much easier to introduce to complete newbies. While I understand now that you could do that with 3.5, I never thought too since there were just so many rules bogging down my brain.

Eventually my group started experimenting too, mixing in 2e until our first campaign ended after 18 months and they retired their characters. I had started running B/X for some online friends at the time and had just acquired and fell in love with Swords & Wizardry Complete. We've been playing with S&W:C for awhile now, and I find my interests slowly falling farther back into the origins, with S&W: WB (or OD&D if I could afford it on my teacher salary :P) being what is interesting me now. I've seen my players really grow from when we started gaming. They've bought their own PHBs now, and are more comfortable roleplaying and make decisions that get themselves killed less often. We've even just recently started up a Carcosa game using Lamentations of the Flame Princess rules as well.

Now I realize I got really brief at the end there, and I'll go ahead and be honest, I'm not a great writer. I am a musician by trade, but I try and hope I will continue to grow as a writer as I work on this blog. I want to get into basically why I'm writing this blog in the first place. I think there is a certain interest I can fill in the OSR world, that I haven't seen covered (but, I'm sure someone has) and that is the experience of playing old school games from someone who lived and learned with newer games. I think it may be an interesting perspective. I'll try to post here semi-regularly and see how it goes.

I hope you all got some enjoyment reading how someone worked they way back in time in terms of interest in the gaming world.
Posted by DizzySaxophone at 12:34 AM