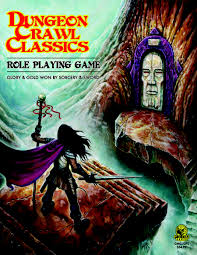 I'm sure I've forgotten something, because there is so much here to discuss and so many ideas I fell in love with, I've already caught myself saying 'How did I forget to discuss this already!' while writing this numerous times. In the end I would definitely suggest checking out DCC.
Posted by DizzySaxophone at 10:18 PM