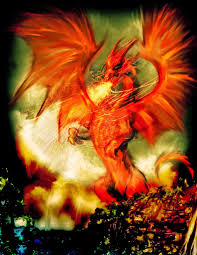 So I've started a new campaign. I wrote the synopsis of the first session on osrgaming.org I figured some of you guys might be interested (even if I haven't posted in two years). Just to sort of introduce what I'm doing, I am running Basic Fantasy RPG (B/X retroclone with some modern sensibilities) for brand new players. I have something like 10 players currently, but not that many in this session. I am running the campaign in the Wilderlands of High Fantasy by Judges Guild. I started them just south of Light Elf, and am using the modules B2 Keep on the Borderlands and JN1 The Chaotic Caves. This first session mostly just uses the town from JN1 (I've set the adventures near the keep in B2) and actually started the session using the opening to the Pathfinder Rise of the Runelords adventure path.

Instead of rewriting everything, I'm just going to copy & paste the original post and include the youtube link. Enjoy guys!

I ran our first session 10/17. We had some technical difficulties. A couple of guys dropped in and out, another lost internet, and me personally, I had AT&T out fixing my internet that day. The outlet I had my modem plugged into was faulty so I had to move my modem out of ethernet range. They gave me some boxes that connect ethernet from my study, to the room my modem is in via the copper wiring in the AC outlet (although it originally sounded like snake oil to me, it actually does work). I didn't have it set up at the time, and my wireless card in my desktop was not up to the task of streaming so my stream went in and out. I tried to pause the action until it was back in, but do to how it happened, the stream is in 6 different parts. I was hoping just to highlight the beginning to the end in one go, but I'm downloading the parts, and will splice them together to put on youtube for y'all, but it will take me some time as I absolutely have to go through all of them and splice them.

A warning, there is quite a bit of cursing, and it will not be safe for work (or children).

We had a couple of brand new players, so excuse the time I had to spend explaining how to roll dice in roll 20 and add modifiers. Afterwards everyone explained that they had a great time though.

I started them in the town listed in the BFRPG module JN1 The Chaotic Caves. I set it just south of Light Elf, just north of the forest in the same hex. There I actually stole the opening encounter from the first AP of the pathfinder module 'The Rise of the Runelords'. The town (which I named Ironheart) was having their harvest festival in celebration of the autumn equinox and the harvest moon. During the festivities the leader of the town guard clapped a thunderstone to call everyones attention. As soon as the thunder went off the players heard the screams of women as 20 goblins crept into the fairgrounds and started terrorizing the villages. The goblins quickly started setting fire to some of the small stands, attacking people and just going crazy and causing havoc. One of the PCs was about to be attacked by 3 goblins when the other PCs took notice and jumped in. The archers quickly dispatched 2 of them while the clerics managed to bash in the head of the third. The PCs then had a short moment to regather before they saw another goblin get hit by a torch another goblin had thrown, catch on fire, and die shortly after. Next, the storage for the bonfire and the super low grade black powder the gnomes had lent them for their festival (Oakheart is basically lightelf's defenses), had blown up killing the goblin who lit it while 4 others, and one of their clan leaders cackled menancingly. The players went to action and quickly dispatched with them, but not without taking any damage themselves. The group had been fighting for quite awhile and took a moment to rest realizing no more goblins were in their immediate area. After a couple of minutes they heard the faint sound of swords clashing a few hundred yards away and made haste. Once they arrived they found a goblin chieftain riding on a giant hog killing one of the town guard. The other guard ran in fear and 2 normal goblins ran after him. The chieftain and to more of his lackeys went for the PCs. One of the lackeys died shortly after to the archers. The chieftain rode past and nailed their thief (nearly killing her) with his 'horse slicer'. On his ride past, the archers managed to kill the chieftain off the hog who continued to run off. The last Goblin surrendered and the PCs questioned him about why they were there. He explained to his limited knowledge and tried to link it to the evil priest in b2. The players left their elf in charge of him as they went to help the other guard who ran away. They found him with 2 archers standing over the 2 dead goblins who had chased him. When they returned someone (the elf) had slit the throat of the goblin. The rest of the village came out to celebrate the heroes who helped protect them from the goblin threat. The tavern keeper offered them 2 weeks stay in the tavern, with food and drinks that night on the house. Some of the guard brought over the Hog that they had slaughtered after it ran to roast for the PCs as well. They heard about the keep to the south (for b2) from some people as well.

At that point we called it a night since it had been a couple of hours and my internet was still up and down. It was short, and a little cheesy, but I think it was a good introduction for a bunch of the new players. They got a bit of RP (not as much as I would have liked though), lots of combat, and got to be heroic and see everything come together. They already have ideas for what they want to do. They considered running from one of the encounters. I didn't realize one of the players had to go afk while my internet was out, so you will notice I fudged a few things in their favor (which I wasn't planning to do at all. I'm playing with 0 HP = death and made them roll for hit points at first level). The thief should have died when she was hit, but she was brand new, so I wanted to give her a bit more of a chance. I let them know that the lethality would be up from here on out.

We had a great time, though slightly annoying due to my internet issues, and a couple of players having to drop in and out. I'm looking forward to next Saturday!


Warning, this video is NOT safe for work.


Posted by DizzySaxophone at 11:17 AM