5 versions I've released
1. Clean (No Grid, no political borders, no battle sites just the terrain, cities, water basin, and the deer locations I decided should be villages and hamlets)
2. Clean with Grid.
2a. Clean with Thick Grid (I think this will be the standard from here on out, thank you Hispalensis on Reddit for the suggestion)
3. My Completed Version. It has everything. Borders, battle sites, grid. This is what will be used for my campaign.
3a. Completed with Thick Grid
4. Clean without cities, keeps, etc... This is so you can place whatever you want, wherever you want (Thank you to Carl Heyl from Saveordie.info for the suggestion, also, totally checkout the Save or Die podcast for an excellent Classic D&D podcast)
5. #4 with Grid

My work is finally complete. I did end up changing some of the deer locations on the map to villages and hamlets where it didn't make much sense to be a battle sight. I made the middle desert elevated. That way it makes a bit more sense why no one has gotten deep into it. I'm also intended for it to run in my campaign using Wayne Rossi's Implied OD&D Setting as seen here http://initiativeone.blogspot.com/2013/05/od-setting-posts-in-pdf.html

So for me, I've decided the middle desert will be a barsoomian land. With all the creatures from the Underworld & Wilderness Adventures book. The 4 kingdoms are fighting to take control of this, and hopefully capture some of its technology and maybe people? for themselves. The City in the middle, I suppose will be something the Barsoomians have built. The swamp in the south west will have some of the prehistoric monsters also listed in U&WA, hence why neither the south or west kingdom have actually captured the swamps. The wizard towers in the middle and swamp will hopefully help explain why these creatures are here. Maybe they're actually from mars, or maybe they're some weird summoned creature from past/future or aether.

I decided on 4 kingdoms based on how cities were laid out on the map. there are 5 in the middle, making a + formation, then 4 on the outskirts (1 on each edge). My intention is to run this using the OD&D lbbs (no supplements) and to experiment with using combat from chainmail. My hope is that the players will eventually get into domain play, and help a kingdom, or create their own? and seek out the area themselves.

Any changes I may make in the future, will likely be naming the kingdoms, rivers, towns, etc... But that will be for my own campaign use. If someone wants it (and I have actually done it) I'll share it, but I figure people will want to make it their own.

Once again, if you like the map, want it in a bigger or smaller size (or even the original), would like some feature turned on or off (assuming it isn't something that is going to take me hours to do it), I'll happily do it and share it.

The images posted here are much smaller than the originals. It seems to mess with my blog when I share it in the original size. Thanks for taking a look! 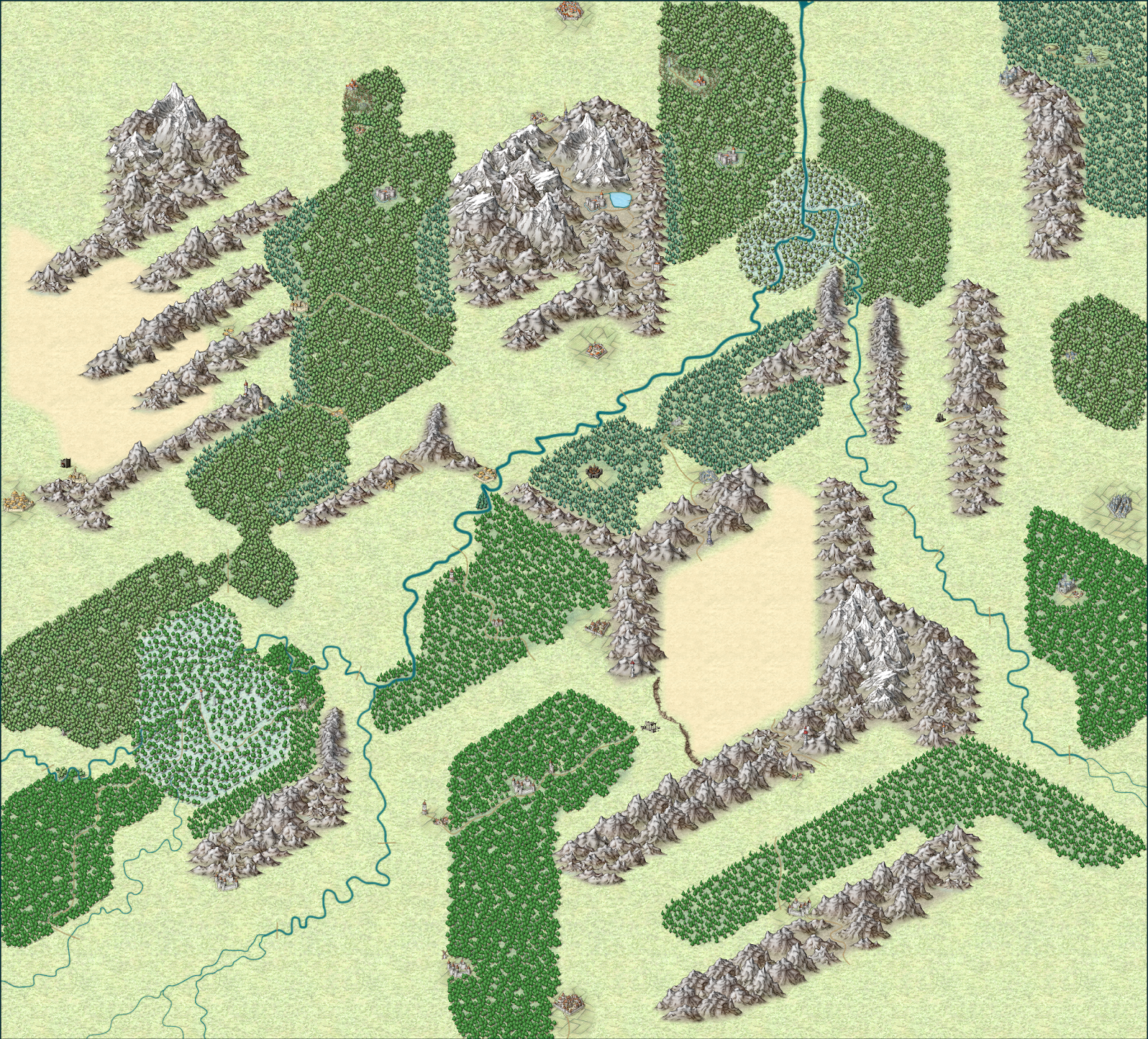 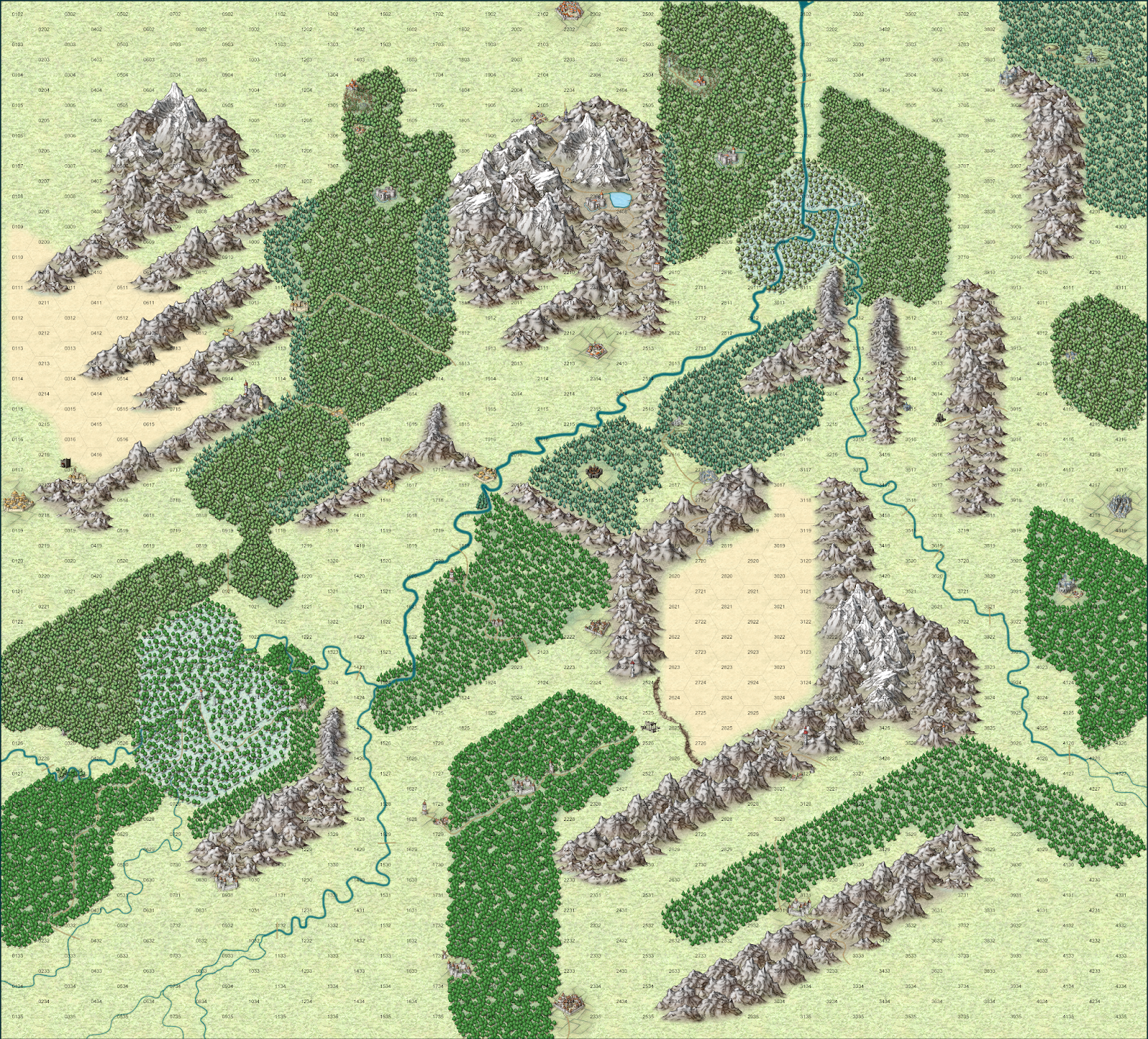 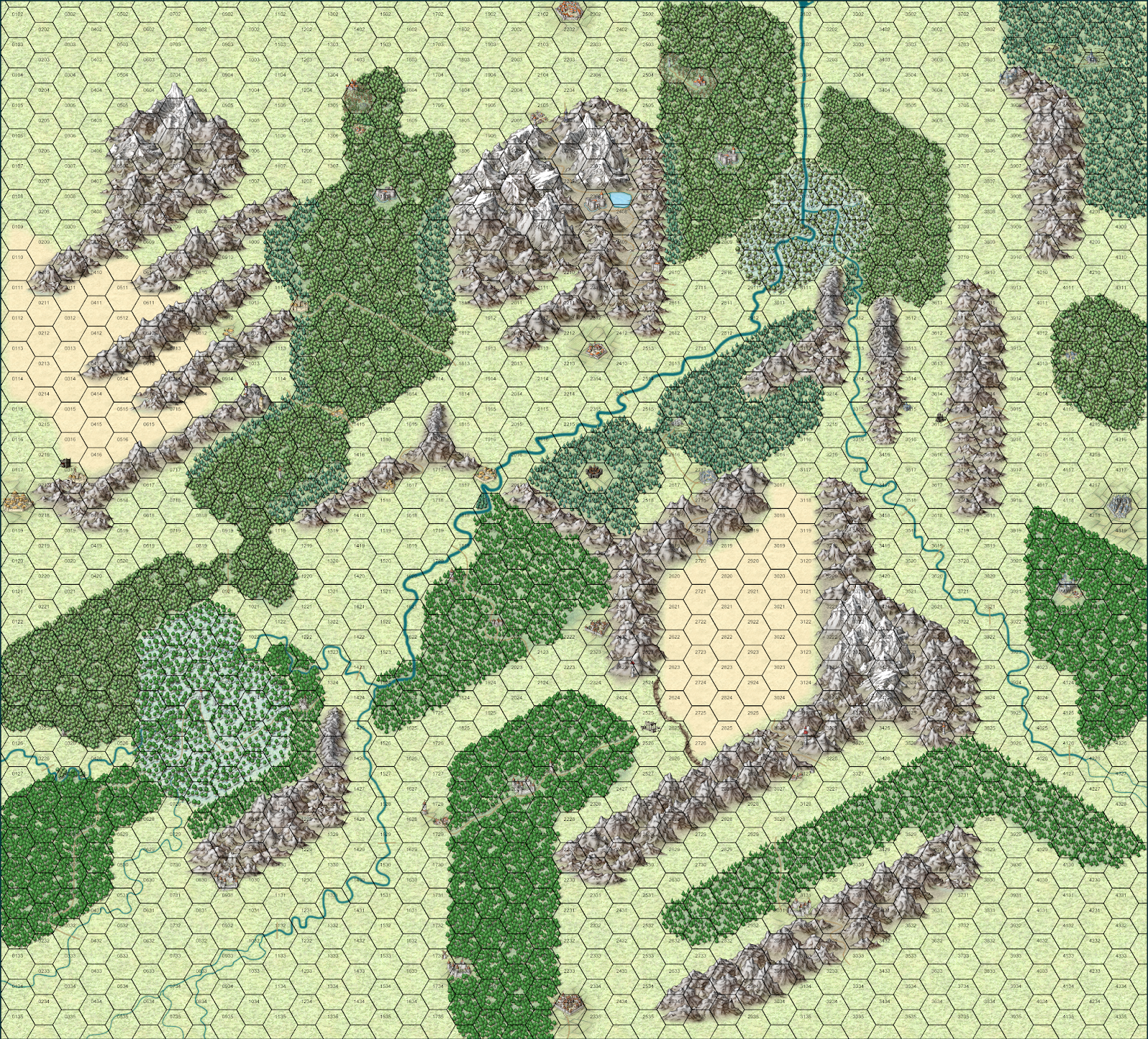 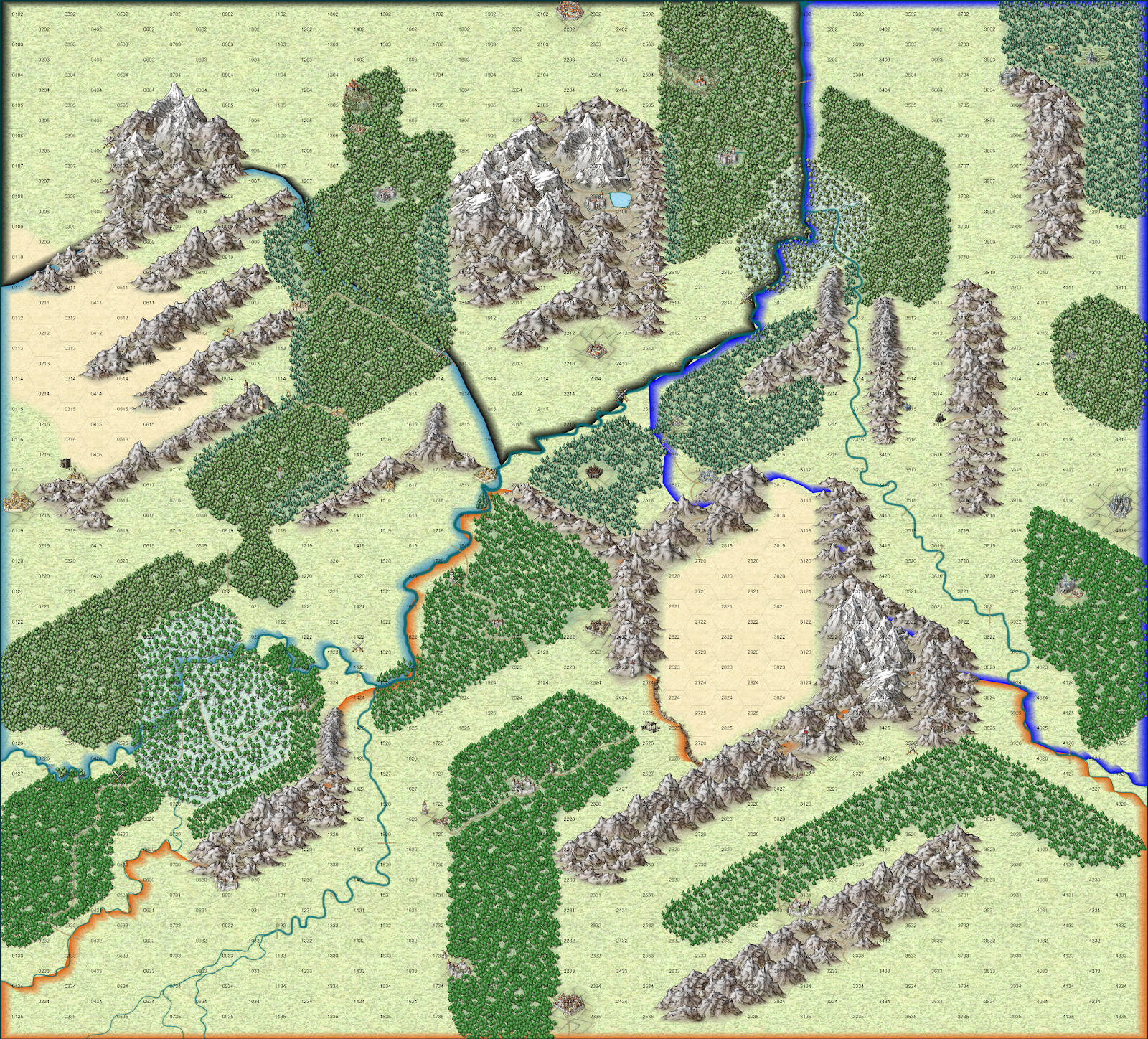 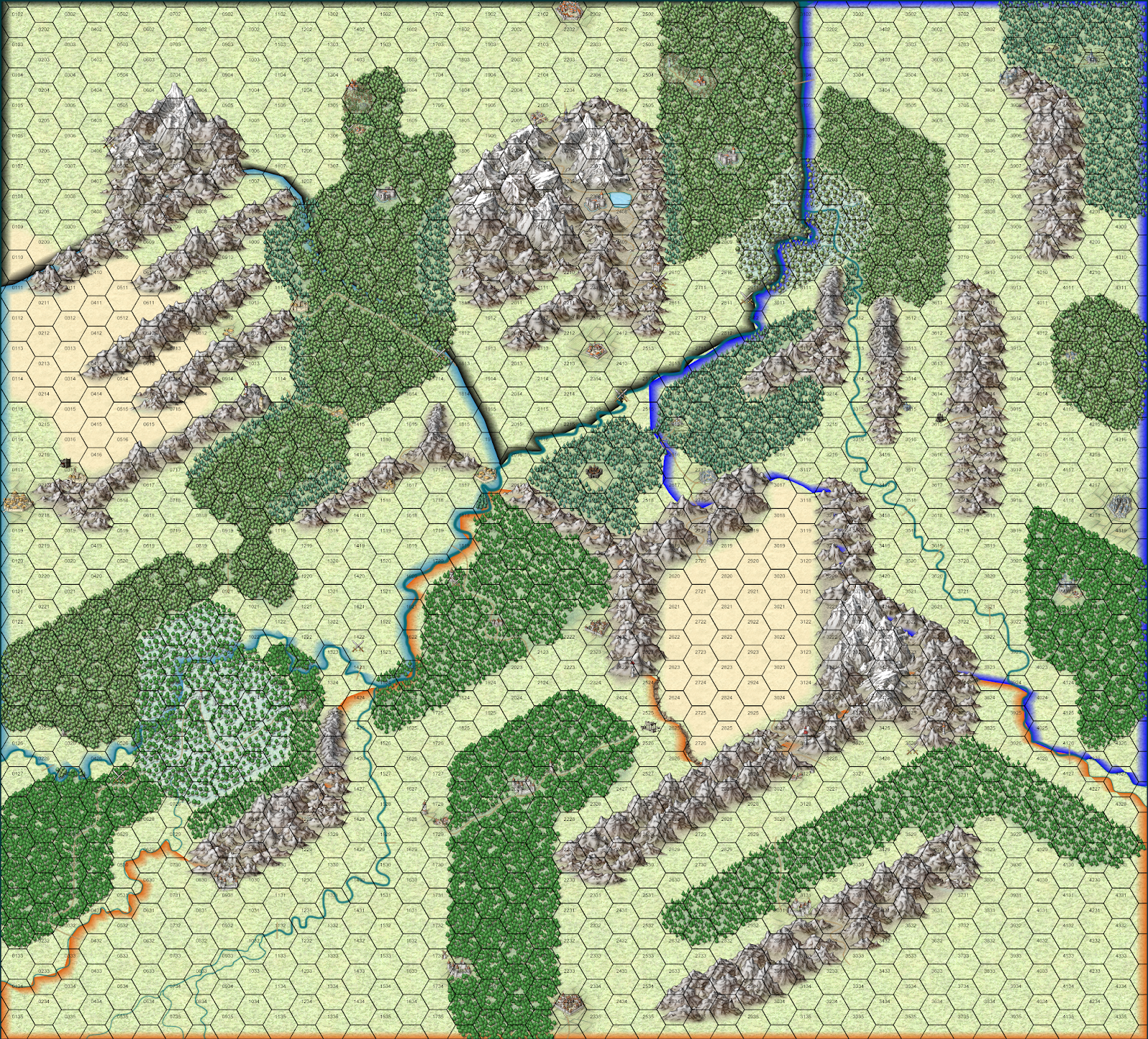 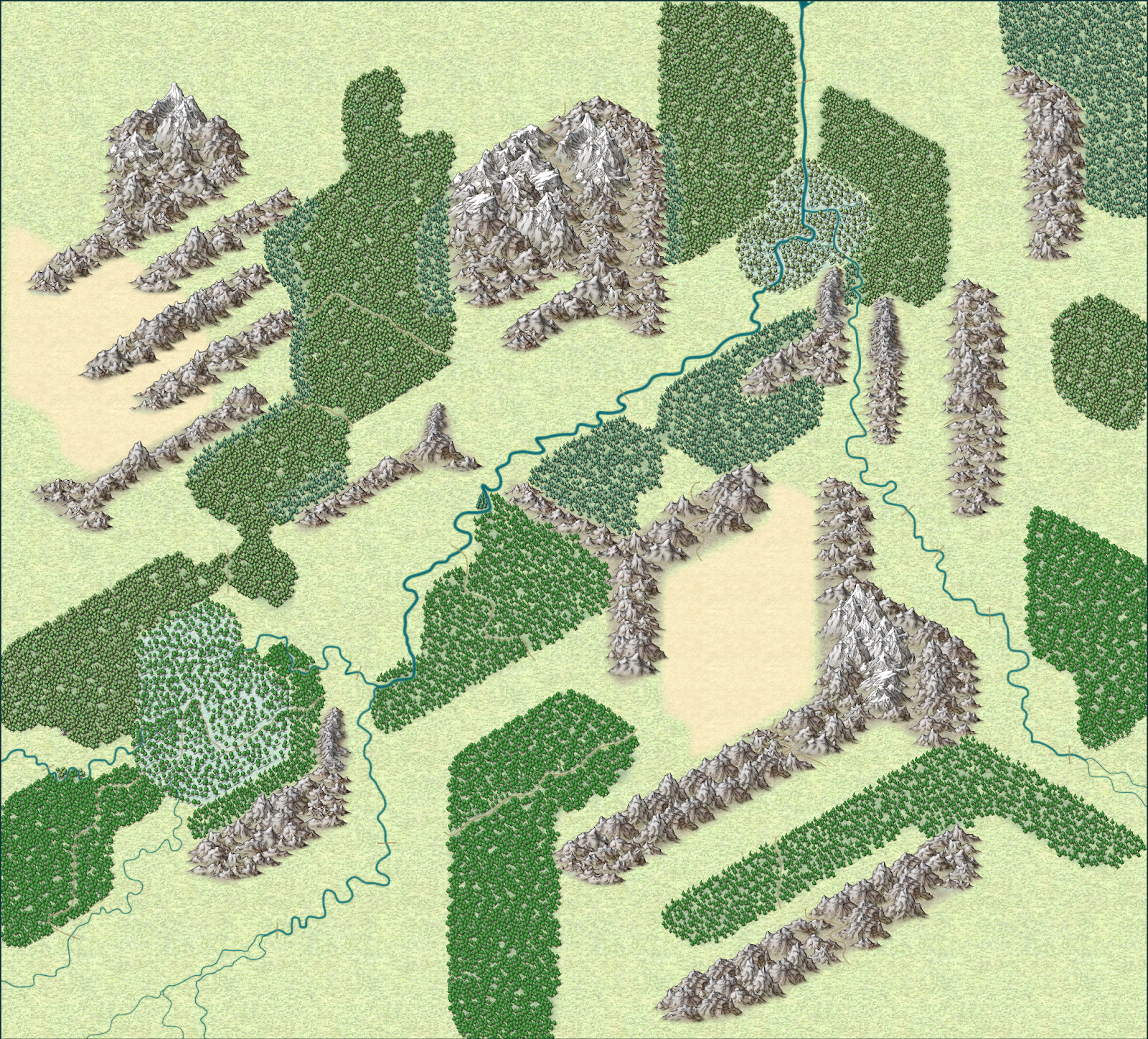 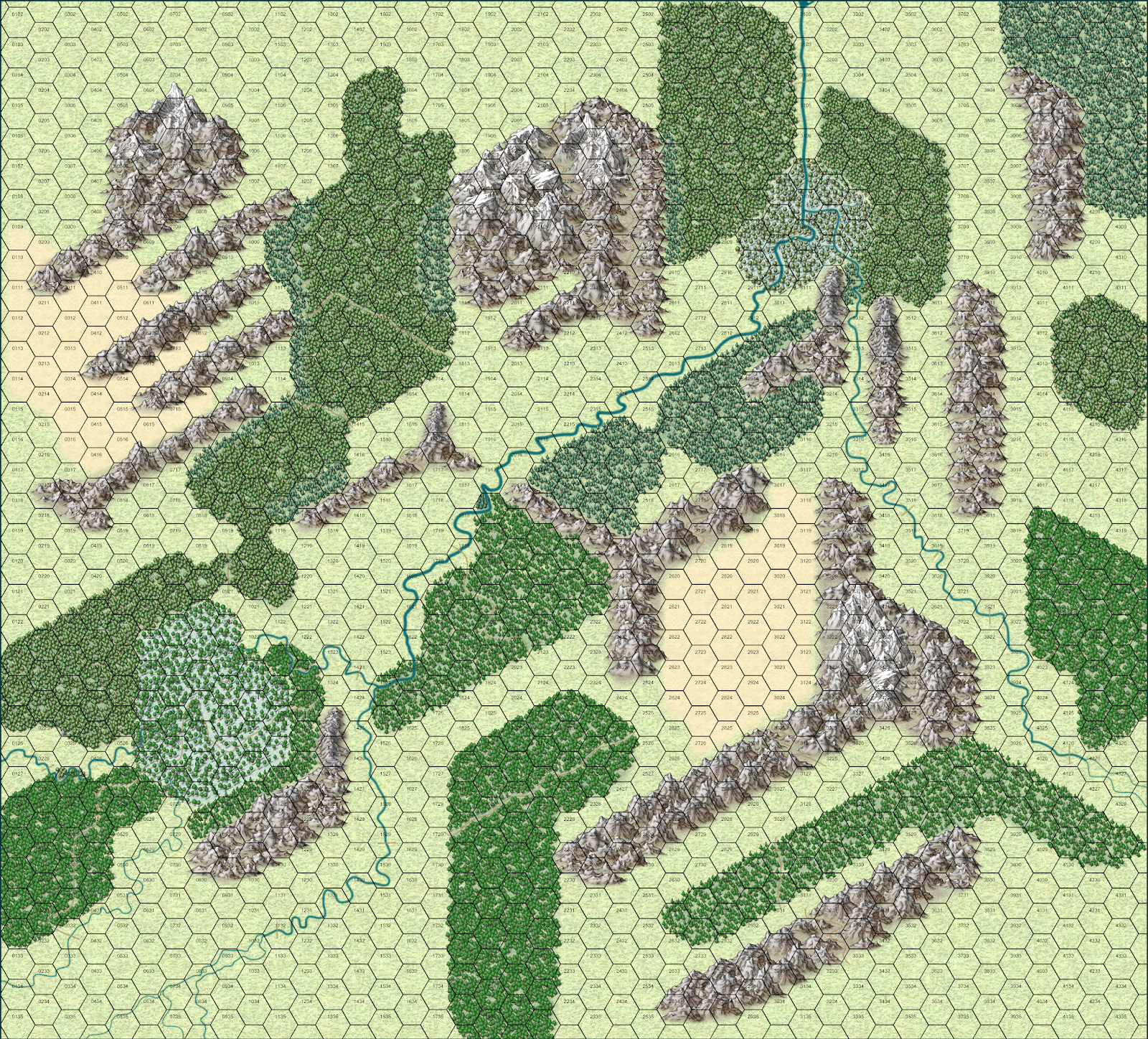 Posted by DizzySaxophone at 12:59 AM