So I finally completed the map. I'm sure I'll have to go through again with a finer tooth comb and fix things here or there, but this looks about as good as I could hope for so far. I honestly thought this project would take quite a bit more time than it ended up taking. I decided to go with an idea of 4 kingdoms matching the 4 cities on the outside edges, and 4 of the 5 cities in the middle of the map, all vying for control over the city in the middle, and the desert in the middle. I'm using Wayne Rossi's implied OD&D setting using the outdoor survival map for my own setting ideas. so the desert in the middle will be filled with barsoomian creatures, that maybe the 3 wizards towers on the entrances have something to do with? Maybe these creatures have something to do with the city in the middle? The swamp that no one has in the southwest will also fit the prehistoric age. Neither of the kingdoms surrounding it have done much to try to take it over. I rolled using the OD&D book 3 Underworld and Wilderness Adventures table for the ponds on the map. This gave us some castles/keeps, wizards towers, and monasteries. The deer on the map I had to put more work into. I divided the kingdoms with the borders, trying to use the natural features, especially rivers and mountains to determine where the borders were. Once I had the borders, I tried to have the deer near the borders be areas currently being contested. Others ended up being watchtowers, or old ruins, either of the current kingdom, or some ancient civilizations. Anyway, I saved the map with and without the political borders for those that would prefer it that way. I am more than happy to save the map with other features removed for those that would like that. Just ask and if it isn't completely unreasonable for me to make the change, I'll do it. I'm obviously not going to spend hours and hours doing something, but most changes I can think of wouldn't really be too much work. 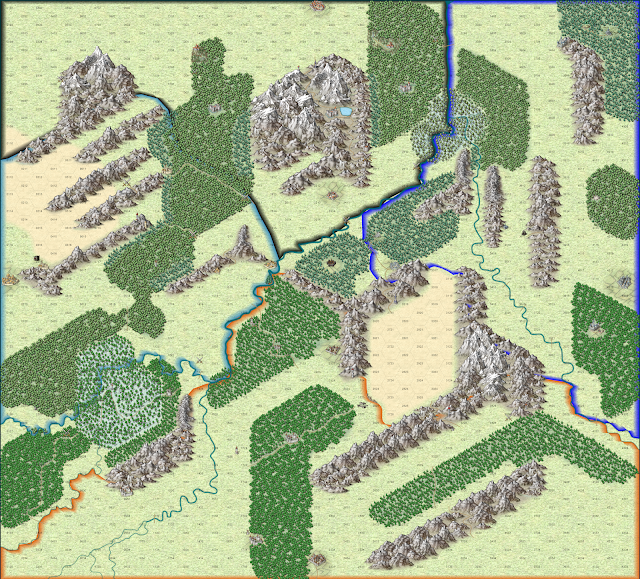 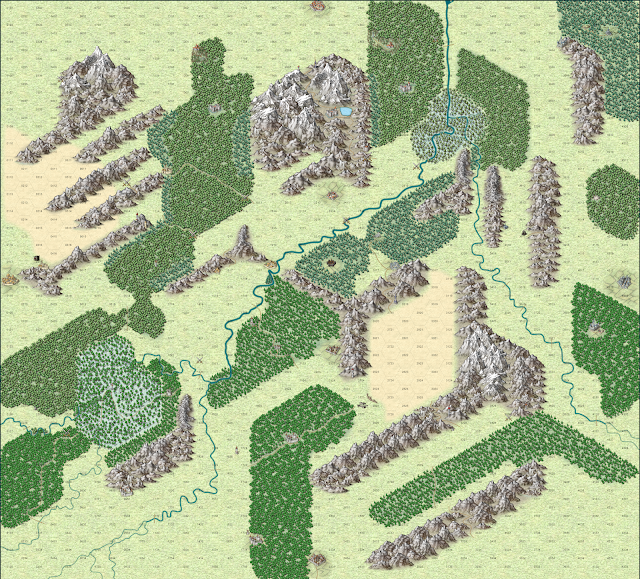 Posted by DizzySaxophone at 1:59 AM